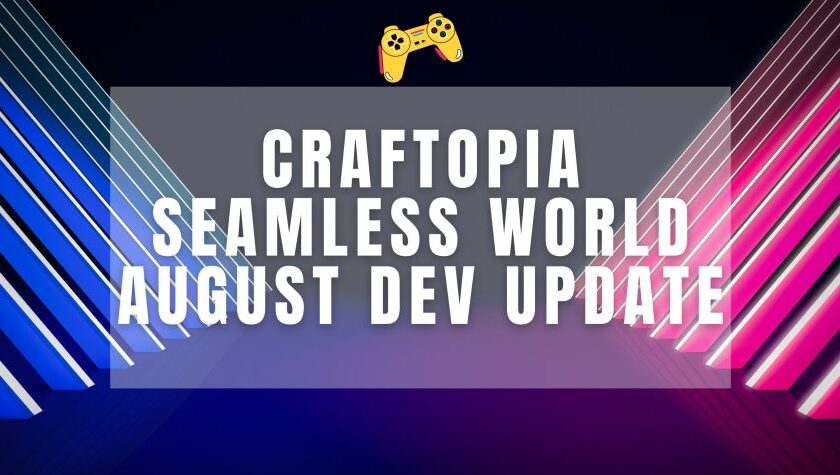 PocketPair the developers of Craftopia have released an August dev update for the Seamless World update they are working on. This update will remove the individual islands and make the map one large open world map.

Today they announced 3 major enhancements to the game that will come with the Seamless World update.

They have talked in the road map for a while about adding a weather system to the game. I have always been against the idea because the game already had performance issues. And trying to render weather like snow or rain just seems like one more thing the game engine would have issues with.

According to the devs, the weather system will not negatively affect your character but can be used to your advantage. Although right now certain islands do have a negative effect on your character. When they get too hot or cold it drains certain stats and hurts your character.

Here is the full text from the update about the addition of a weather system:

Right now in the game, there are small settlements where NPCs can gather but they don’t provide much of a function except to be a spawn point for NPCs.

This addition to the game revealed something that could be huge for a lot of players. The one thing that people complain about is the lack of story in the game. And according to the update, it said this:

“Settlements in Seamless World will have various NPCs, such as the important NPC who will give you quests to proceed with the story and merchants from who you can buy items and crops based on the world level.”

Ever since they announced this update they have been talking about major changes to the game. And adding a story component to the game would be huge. It would almost completely redefine the game and finally answer the question of what to do while playing.

Here is the full text from the update about the addition of settlements:

If you have played this game for long you will quickly realize that most enemies are easy to pick off. They either run around aimlessly or their attacks are quite predictable.  To fix this they are revamping the combat system to make the AI fight smarter and make it more challenging.

This update also mentions new enemies, but this isn’t a big surprise as they almost always add new enemies when they do a major update.

Here is the full text from the update about the combat system improvements: