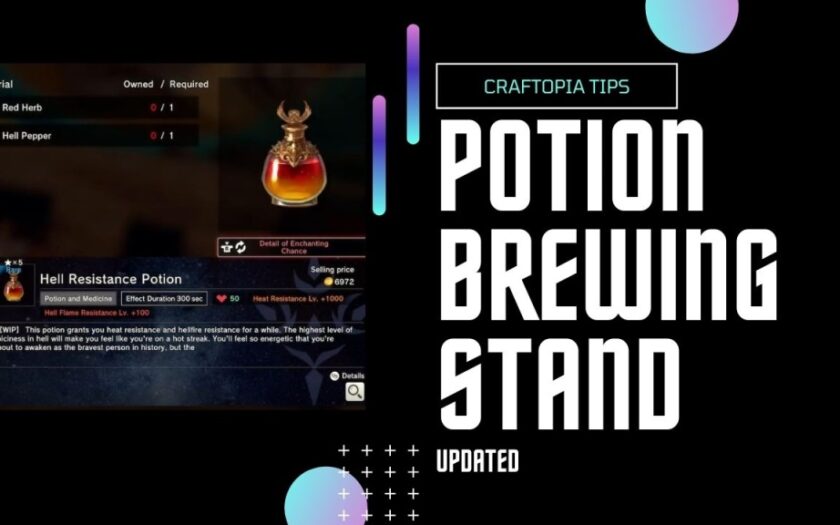 In Craftopia you can create a potion brewing stand to build your own potions. While you can collect potions from drops and chests in the world it may be easier to craft your own. Most of the potions just take a few ingredients and most can be found on random islands.

You can also craft your Hell Resistance Potion at the potion brewing stand. These require 1 Hell Pepper and 1 Red Herb. See this guide on how to retrieve hell peppers in Craftopia. In order to safely traverse a hell biome, you will need either Dragon Armor or Hell Resistance potions.