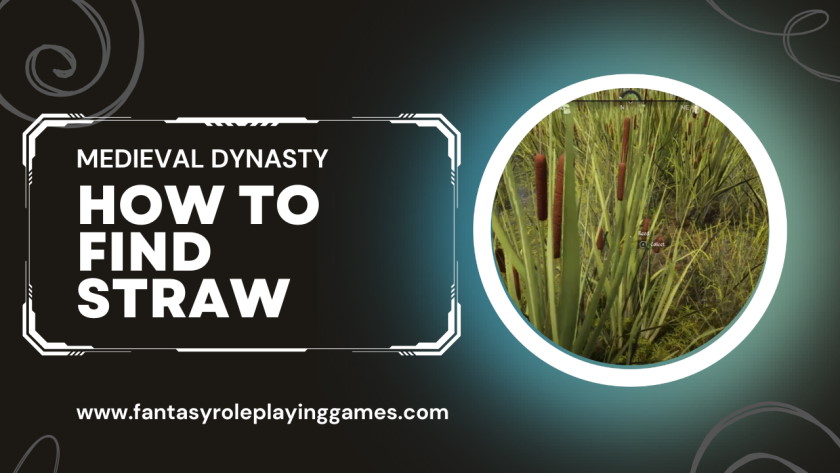 How to get straw in Medieval Dynasty

One of the first things you have to do in Medieval Dynasty is make your own house. And to make a house you have to gather 4 key materials.

Logs are another material that is pretty straightforward to obtain. You cut down a tree and now you have logs.

But straw was one material that completely alluded me at first. I looked everywhere I could think.

I tried to get it from the tall grass. Nope.

I tried to get it from the field that looked like hay/straw. Nope.

Where is the straw in Medieval Dynasty?

If you venture to the waterside you will see reeds/cattails near the side of the water by the town you start in. If you notice you can “collect” the reeds. But you don’t really collect the reeds. You collect straw.

This doesn’t really make sense to most people that have ever played a game or even in real life but maybe in medieval times, the only way to get straw was to pick reeds.

You can also steal straw in the villages but I don’t think you will collect enough straw to build much just by stealing. And you will have to worry about damaging your reputation if you get caught.

Later in the game, you can make straw by building a barn and crafting a threshing floor to get hay. But this will not help you early in the game when you need the straw to build a roof for your early-game buildings.

See this video from my playthrough that shows you exactly how to get straw in Medieval Dynasty: