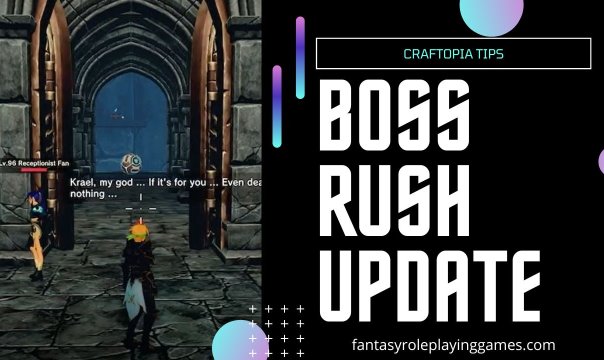 The update has been released today 5/21/2022. See the details of the release here.

But in a surprising twist, they announced today that not only will we have news on the 21st for the Boss Rush Dungeon update, but they will also actually release the update the same day. Here are some highlights announced for the new update:

The Boss Rush Dungeon and Enchanting Scroll additions we knew about. But the Racing Furniture is something completely new that we haven’t seen yet. I really hope that comes together well because this could greatly grow the multiplayer community.

Let us know over on our Youtube channel what you think about this new update and what you are excited about. As soon as the content drops we will have more articles and videos detailing the content.