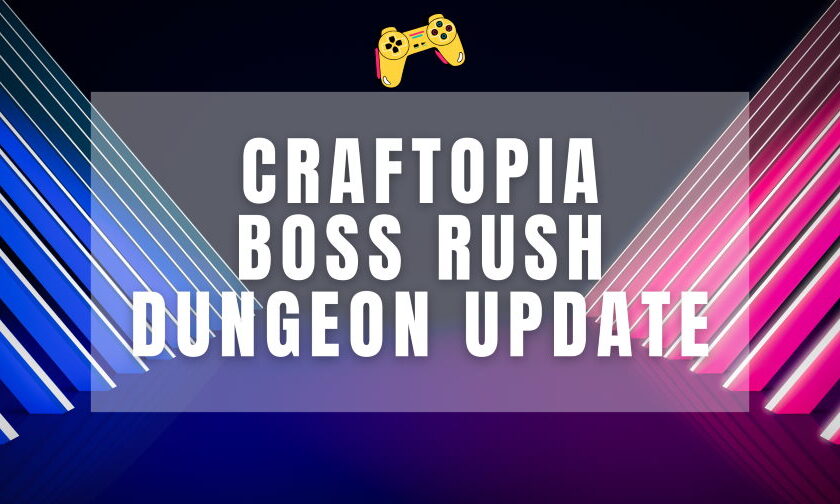 Pocket Pair the makers of Craftopia has pushed out the Boss Rush Update to Steam today. The update size was about 1.55 GB and here are some of the highlights of this update.

This is the biggest and foremost update hence the name of the update. In the boss rush dungeon, you will fight bosses after bosses and you go deeper into a dungeon. The farther you make the better enchanting scrolls you will receive. The last Alpha build showed you can go 25 levels deep so we will have to see how far this update takes us or leaves us at 25 levels of dungeons.

Use the enchanting scrolls you get from the Boss Rush Dungeon and apply the enchantments to an item of your choice at a new enchanting table. Reading deep into the release notes it looks like you can only enchant weapons and shields at this time but they have plans to increase what items you can enchant.

You may combine various shapes of racing furniture and create a racing car. Then you can compete with your friends in a Mario Kart fashion.

Canvas furniture that can be customized with spray paint and new Japanese furniture will make building the base of your dreams even easier.

A new flash grenade to stun your enemies and a banana peel trap to make them slide.

A 3-way sorter and distribution will help your automations be even more automated.

From the list, it seems almost every possible mob is tameable in the game now. Including the SandWorm!

If you were a fan of using spears they added a new spear skill that will make it a viable build.

There is a huge list of bug fixes and adjustments also added.

The update is only available to the Steam version right now. There is no mention yet of when this will come to Xbox but as soon as that news changes I will post an update.

Here is the list of all of the new additions.