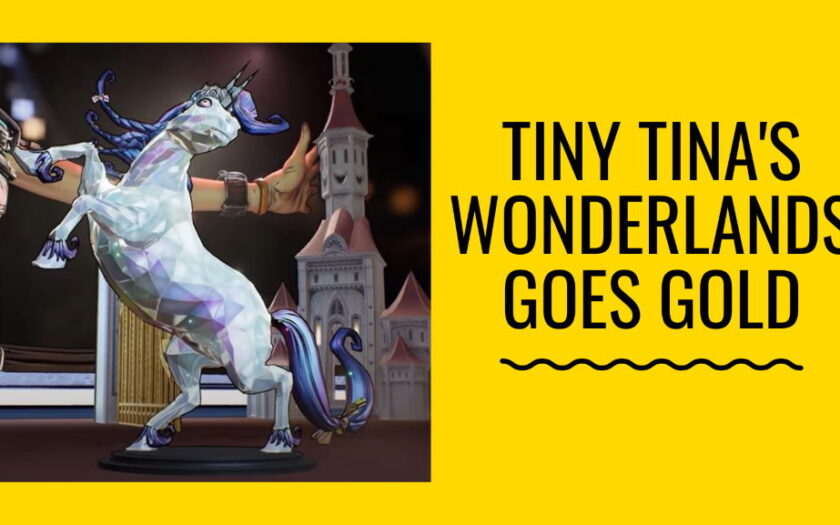 Gearbox the developer of Tiny Tina’s Wonderlands has announced the game has gone Gold. This is fantastic because it means there should be no delays and the game will release next month as planned. In this day and age, it is pretty common for big games to get delayed because of final polishing or late issues found in testing.

IGN gets a First Hands-On Preview

Another bit of big news from Tiny Tina’s Wonderlands is IGN got a hands-on First look and play with the game. And I have to say it looks very polished. Although I expected this game to feel good since they will be using the base Borderlands 3 game engine to drive Wonderlands.

Here is the First video that IGN published. I would assume they will release some more before the game comes out.

In this preview, we learn some interesting things about the setup of the game. It sounds like in order to implement magic it has replaced grenades. This makes sense on a lot of levels because the grenade mod system almost felt like magic with some of the better grenade mods in Borderlands 3.

And instead of having to buy or find grenades when you need to cast your spell again, it will just be a cooldown period. Very much like the current skills. It also details some of the spells like firing down lightning, dropping a meteor on your enemy, or unleashing a flurry of arrows from the sky.

The melee system is detailed a little more also in this video. When you do a melee attack your character charges towards the enemy giving you the advantage to make up ground quickly and get to your enemy before they can attack you. This new system can help lead to chain melee attacks going from enemy to enemy.

And of course, it shows the awesome guns we expect from a Borderlands game. Combining guns with spells seems to be a magical sweet spot that will really make this game shine.

Also IGN released a full 20+ minute clip of gameplay. You can hear the top-notch voice talent here. You get Wanda Sykes (Frette), Andy Samberg (Valentine), and Will Arnett (Dragon Lord). If the gameplay wasn’t exciting enough it gets even better when you have some of the best voice actors voicing the main characters.

Here is the video for your enjoyment: