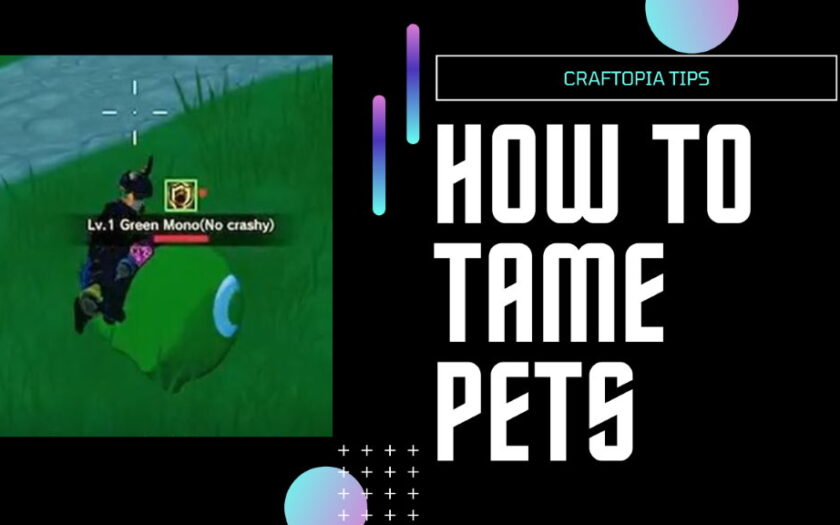 How to tame a pet in Craftopia

In Craftopia there are certain animals, enemies, and even an NPC that you can capture and tame. Once you tame them you can ride that animal/enemy and even use them in battle.

How do you capture an animal in Craftopia?

The key to capturing animals in Craftopia is using Monster Prisms. Monster prisms can be crafted almost anywhere with some Sand and Iron Ingots. You can also purchase Monster Prisms from merchants.

Once you have a Monster Prism and have it equipped you can throw the prism at an animal (think Pokemon). This also works with NPCs and monsters (not bosses).

Before you throw the monster prism at the creature you need to lower its health. That means either hitting it with your bare hands or a weapon or magic until its health bar is in the yellow range or lower.

If you try to throw the Monster Prism at the creature before you reduce its health you will get a message that the creature has too much energy to be captured. The lower the health the better chance you have of capturing the creature.

If you throw the Monster Prism and the creature escapes you can keep throwing Monster Prisms at it until you capture it.

Once the creature is captured you can collect the Monster Prism and it should change from a blue color to a brown color and the name of the item should change.

How do you tame the captured animal?

The Pet Management Machine can be crafted on a workbench. The materials needed can be mostly retrieved from supply pod drops.

Once you have your character in front of the Pet Management Machine you can access the machine and begin the taming process.

Simply click on the message that says Tame a Captured Pet and then the pet will be added to your Tamer inventory.

This will also unlock the Tamer skills on your skill menu. In this menu, you can apply skill points to apply buffs to your tamed animals or change how you control them.

You can also store captured pets if you hit your max limit of 6 tamed animals in your inventory.

How do you ride a tamed animal?

Then get close to it and click X to ride the animal.

Each animal has a different attack skill that has a cooldown. The green mono can do its spin attack when you ride it.

What creatures can you tame in Craftopia?

You can tame the following animals/monsters/NPCs (FYI this is a list for Xbox only):

In the Steam version of the game, there are additional animals/monsters you can tame. The list can be obtained in your Pet Management Machine.

How do your tamed pets level up?

Your tamed pets once you deploy them and start killing enemies will start to level up rather quickly. Especially if you are fighting higher-level enemies. If your tamed pet dies in battle they don’t really die. They just go back into your tamer inventory and a message pops up that your animal has been defeated. Any level progress that has occurred up to that point will retain for your pet.

How do you capture a Griffin?

Once you start fighting the Griffin you want to get its health low. Get it below the yellow into the low red to where it is almost dying. Then fire the chain restraint bullets at it. Keep firing until it stops. A message will pop up that it is already restrained if you fired too many.

Once restrained you can throw your monster prism at the Griffin to capture it. There is a chance it will break free of the monster prism and if it does then you have to fire the chain restraint bullets again. This is why I would recommend bringing more than just the 8 needed.

To capture a Dragon in Craftopia you will follow the same steps as the Griffin. But the dragons spawn in the open and can be caught out in the open. They also only require 4 chain restraint bullets. But the process is the same as above.

If you found this guide helpful please check our Youtube channel and give us a subscribe. Also, leave a comment if you have any questions about taming pets.