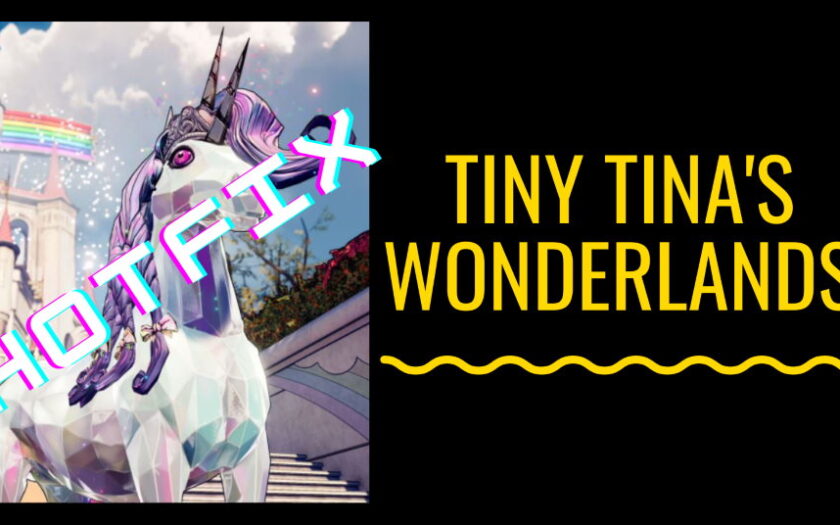 Gearbox has released a new update for Tiny Tina’s Wonderlands and by this morning all users should have this update. The update number is 1.0.1.0G.

There are a lot of people salty about the adjustment to Liquid Cooling as this gun was one of the best in the game. I have seen screenshots of purple-level pistols that do more damage than Liquid Cooling after they nerfed the gun. Hopefully, a future fix will give it back some of its juice.

This hotfix will also bring a new weekly rotation and in-game mini-event. This week the Dice from random encounters will drop more loot and moon orbs.

The update also brings other balance adjustments to spells:

They have also adjusted the backstory hero points. The hero points will only be updated on a new hero creation and will not affect existing fatemakers.

A lot of changes in this hotfix and really I think it is great to see so many improvements being made. I am still seeing a lot of bugs. Just yesterday my character got frozen in the overworld after hitting a mimic chest in the overworld and my only course of action was to fast travel away.